this morning, i woke up at 6:45am, but didn’t get out of bed. got out of bed at 9am and went downstairs to see what hostel breakfast is like, and found it to be bread with toasters, smuckers strawberry jam, a tub of butter, and skippy peanut butter, with some coffee and hot water with lipton tea bags. the lounge is underneath the building, where the parking lot would be if this were still an apartment building, so it’s sort of open-air. there are three large TVs; this morning they were showing an educational video from what i can only assume is some kind of university of hawaii program about foraging and how foraging promotes egalitarianism, which today’s market economy does not. it was a nerdy uncharismatic guy talking in a room. amanda is the girl who occupies the bunk below me. she’s from australia, but she just spent the summer in maryland i think, and now she’s traveling all over before she goes back home. she’s leaving in like 3 hours. oh crap, i’m not going to get enough sleep tnoight. there’s a girl named marie or maria from vancouver in my room too, who i hung out with on the beach yesterday. there’s a girl from ireland. there are two girls from sweden. one is very very tan with ery very blonde hair. there’s one more girl from australia. they all say “san fran” instead of “san francisco” or “sf” which i find amusing.

this morning i had all these dreams of getting over my inertia and going out to seize the day, so naturally i sat around in my dark room (cuz people were sleeping) and stared at maps and coupon books. called places, found that the best i could get for a moped rental for 3 days was $100. didn’t make it out of the hostel until noon. asked the moped rental place next door if they could do better than $100, but then found out that he highly recommended i not take the moped up to north beach. “it’s not a mode of transportation, it’s an activity.” talked about things to do. guy recommended hiking. left at like 1. took bus to diamond head. didn’t make it back in time to get a ride w/ hanyi to the dole plantation + maze. i missed out. hung uot on the beach. swam in the ocean again. was a beautiful hot sunny day. waikiki beach is crowded. there’s a wall 100 yards out from the shore in a section to create a calmer place where the waves don’t go. i climbed up onto it and walked back and forth. it was fun. it was scary when a big wave came to crash against me and make my feet slip, but i didn’t fall. fell asleep on the beach. got cold which woke me up just in time to watch the sunset. beach got SUPER crowded right at sunset. this keyboard is NOT a pleasure to type on. went back to the hostel, took a shower, took a nap, did errands (at abc store), bought a pack of ham and some hawaiian sweet rolls for the same price as the sandwich i was almost going to buy, thusly stretching my $6 over 3 meals instead of just one, but also reducing the amount of almost-vegetables in my diet by 100%. went over to hanyi’s hotel at like 9, helped out with favors, hanyi ellin claire henluen mark mikew and later sharon. then the girls went to level 4 for clubbing. had some problems getting in that were resolved. danced. wish i was in that picture.
ellin and hanyi gaev me a ride home they are kind. when i got to the hostel, there was this irish dude takling on skype but he was usig the speakers AND he had “mic monitor” on so there wa awful feedbck, so i went to help him.

I CAN’T RESIST WORKING AT INTERNET CAFES EVEN IN HAWAII

this keyboard SUCKS SO MUCH

tomorrow i think i will finally rent that moped and wander around the southeast side of oahu for a while, check out some trails to some waterfalls. i want to go parasailig. i was going to go skydiving for $150, but i would ave to rent a car… i…. ehhhh… i could hae made a whole north beach day out of it tomorrow but eehhhhh…… so i’ll just go parasaiing later instead. r maybe surfig, i want to learn to surf. indecision and lateness kill me

have a funny twinge in my funnybone on my right arm

been taking pitures of birds for lisa 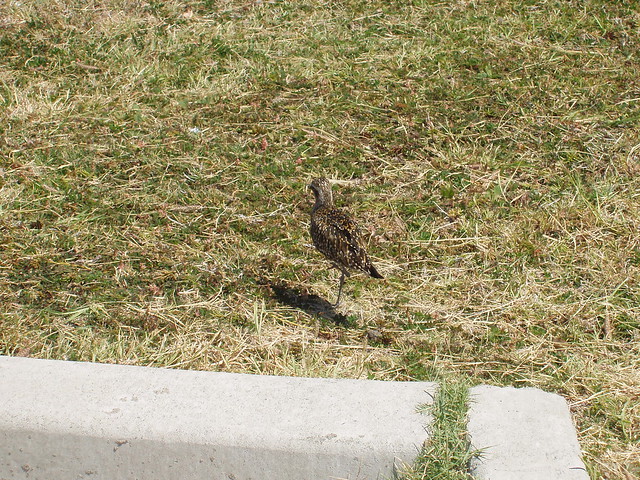 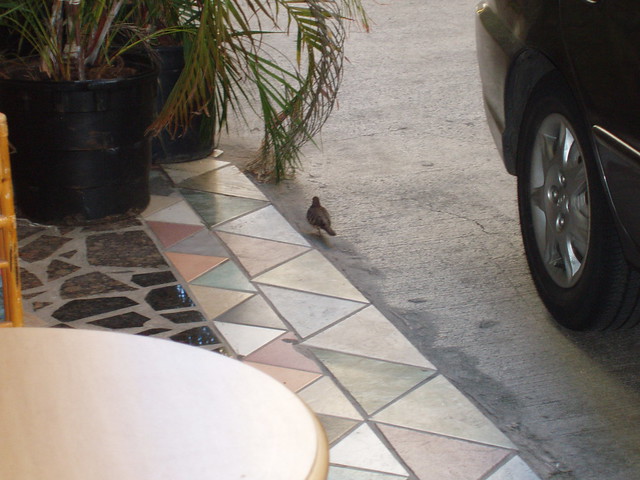